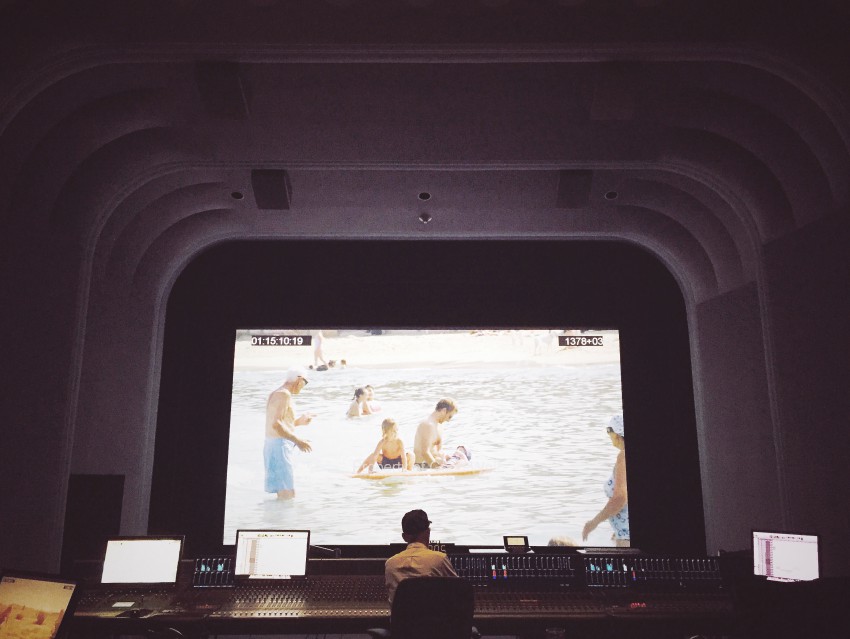 Given is a film about a precocious six-year-old boy traveling the world with his adventurous family, retracing the journey his grandfather once took with his father.

The first 40 seconds of the score present a lush celebration of all that is pleasant: whimsical hits of ukulele, snappy percussion, and breezy nah-nah-nah vocals over a montage of waves breaking, someone painting with coconut brushes, cows gently plodding along at close range. “Oh, this is going to be a sunny ode to beach life,” you might think at first.

Then the camera goes underwater and the audio fades, as if the sound itself is getting swept away by the current. A new sound comes in as we swim up a submarine canyon. The whimsy is gone, and it grows into meditative, elemental mix that sucks you in as the island of Kauai rises out of the ocean. The sounds and visuals of waves crashing on black rocks, and birds chirping in the jungle, are so sharp, you almost don't notice the (melotron?) gradually beginning a deep, rich climb of the aural scale as the camera pushes in between jungle vines. Bass percussion defies regularity, like syncopated jazz, free riffing. It's a heavy instrument done lightly, a compelling juxtaposition, as we watch something both jaunty and serious. A man and his son have fun chasing chickens and catching prawns, but the man also teaches his son skills that sustain life, and must be passed on for survival. There is an elusive seriousness beneath the paradisaical veneer, and we realize this film is going somewhere else. Our senses are bathed in something happy but subtly hinting at the primordial, the vital. 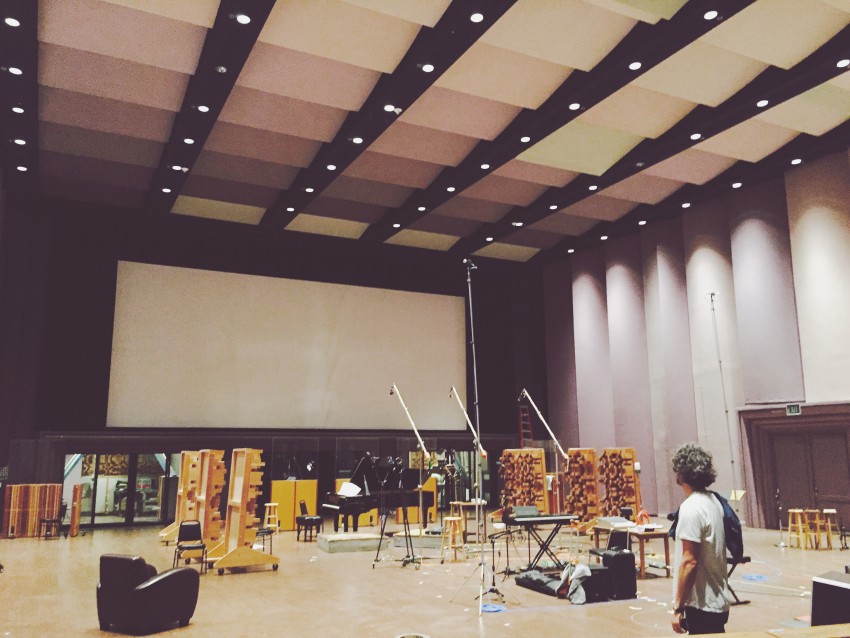 More than anything, director Jess Bianchi wanted to make a film that left viewers feeling inspired. “The story is uplifting, not dramatic and dark, so the music reflected that,” said composer Greg Rogove.

The story happened to be told through the eyes of a child too, and Rogove expressed this sensibility in the score. “A lot of it is in minor keys, there are not a ton of wild harmonic changes. It’s pretty simple. There are a couple tell-tale childlike instruments used, like a glockenspiel or the Quattro (a Venezuelan take on the Ukulele).”

Due to the sparse dialogue and minimalistic words of the six-year old narrator, the score is a featured character in the film. It is emotive and naked at times, like the first hours of a newborn’s life, almost like it could be a time travel, or a memory, which would be apropos of the Goodwin’s lifestyle. As we jump from country to country, often with no transition, we experience travel as a young child might, with a change in setting but no discourse on why or how. The music conveys a similar view of reality. The score is often so subtle you lose track of where it begins, and where the ambient sounds seamlessly meld into it, whether a voice ringing out from a Mosque in Morocco, or the calls of seabirds floating on the wind in New Zealand. 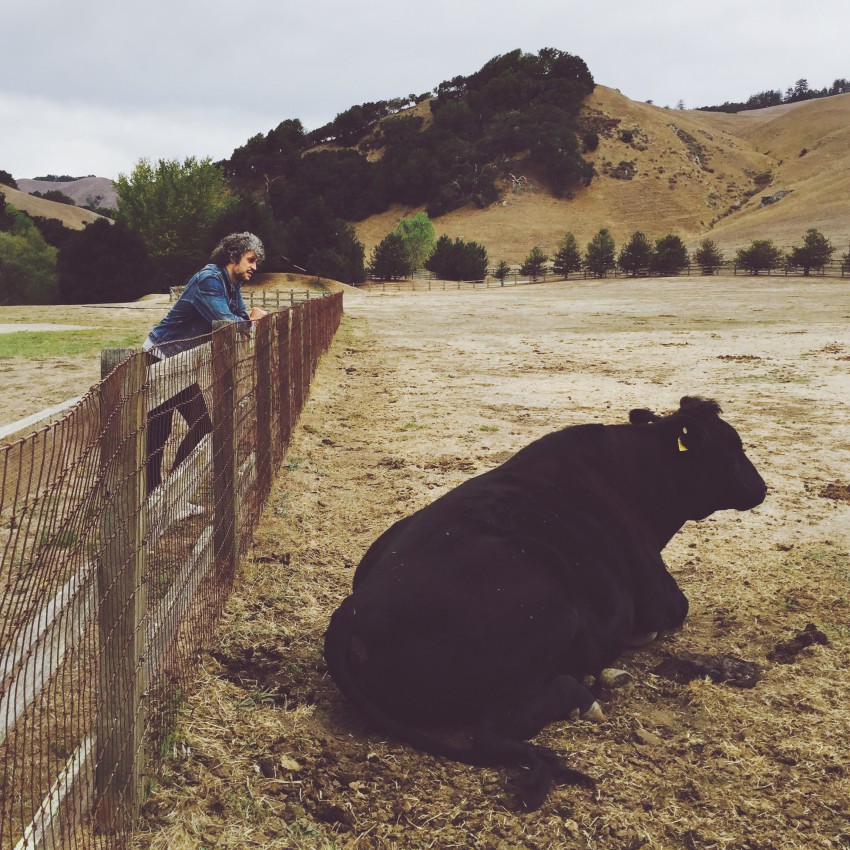 The Quattro riff comes back in whenever they’re near the ocean, or surfing, or doing anything fun and free. It becomes a motif, like another featured character in the film: the ocean itself. Together they’re a reassuring duo that forms the true north in Given’s young life, and a homeostasis the film returns to after forays into unfamiliar territory.

The score jumps from a faint audio tickle, in the dream-like Thai dancer sequence, that is not psychedelic, but just this side of it so that you realize how magical life is, with no alterations. The child sees that truth, if not stranger than fiction, is certainly as fascinating. Other times the glockenspiel, an accordion-like instrument, connotes the quirky, ethnic, almost mysterious feeling of your first time in a foreign place, making you wonder if something big is about to happen, as in a scene where the family explores a packed market in Israel.

As Daize plays with newborn True on the bed, similar sounds to the Thai dance scene transport you with a clean sweep of aural tingling. Though the score accompanies Given’s narration here, both seem to dissolve into the sublime image of mother and child in love, and you experience something with your sense that has no label. 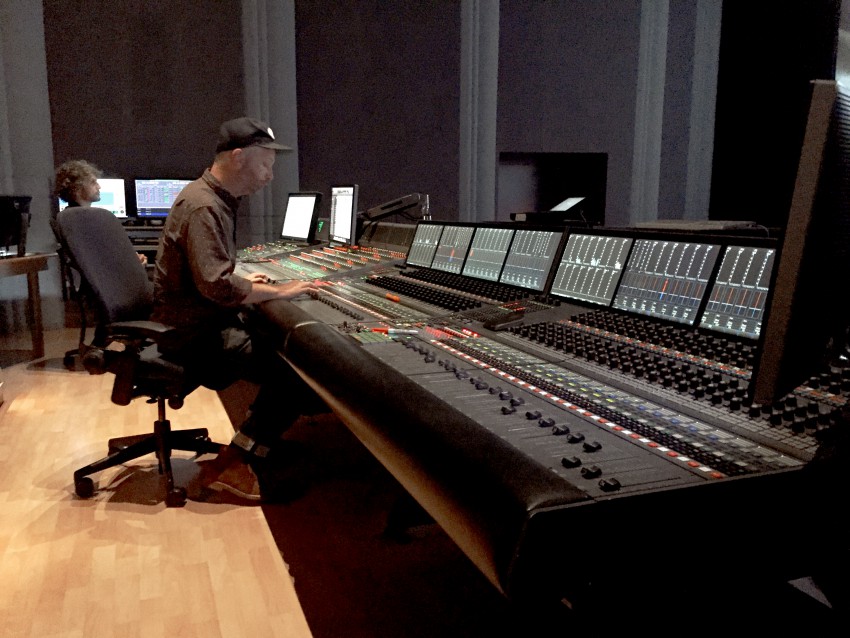 Composer Greg Rogove likes it this way. He relates the reaction of a good friend and musician after a private screening, “He said, ‘I really loved the film, and I didn't even hear the music. I didn't even notice it.’ I thought that’s the best compliment ever. One of my pet peeves is when a film shoves an emotion down your throat through music.”

Rogove was trained in non-Western, and electronic experimental music. He did a year apprenticeship in Mumbai, India, learning the tabla, which he called, “beautiful intense music, really advanced technically but also very emotional and spiritual.” His influences range from Brazilian percussionist Djalma Correa, to avant jazz funk trio Medeski, Martin & Wood. Rogove has played in the Devendra Banhart band for several years, among numerous other bands and collaborations, created solo work, and started his own band Mega Puss. When it comes to film scores, he cites Radiohead guitarist Jonny Greenwood, prolific French film composer Alexandre Desplat, Saunder Juriaans and Danny Bensi as inspirations.

He brought in Rodrigo Amarante, of Brazilian sensation Los Hermanos, to play guitar, and do some truly great whistling. Other than that, all music was played by Rogove, who created tracks layered upon each other, one at a time. (The finale scene in Fiji had 10 tracks of percussion, 10 tracks of strings, four synthesizer tracks, and two vocal tracks.) 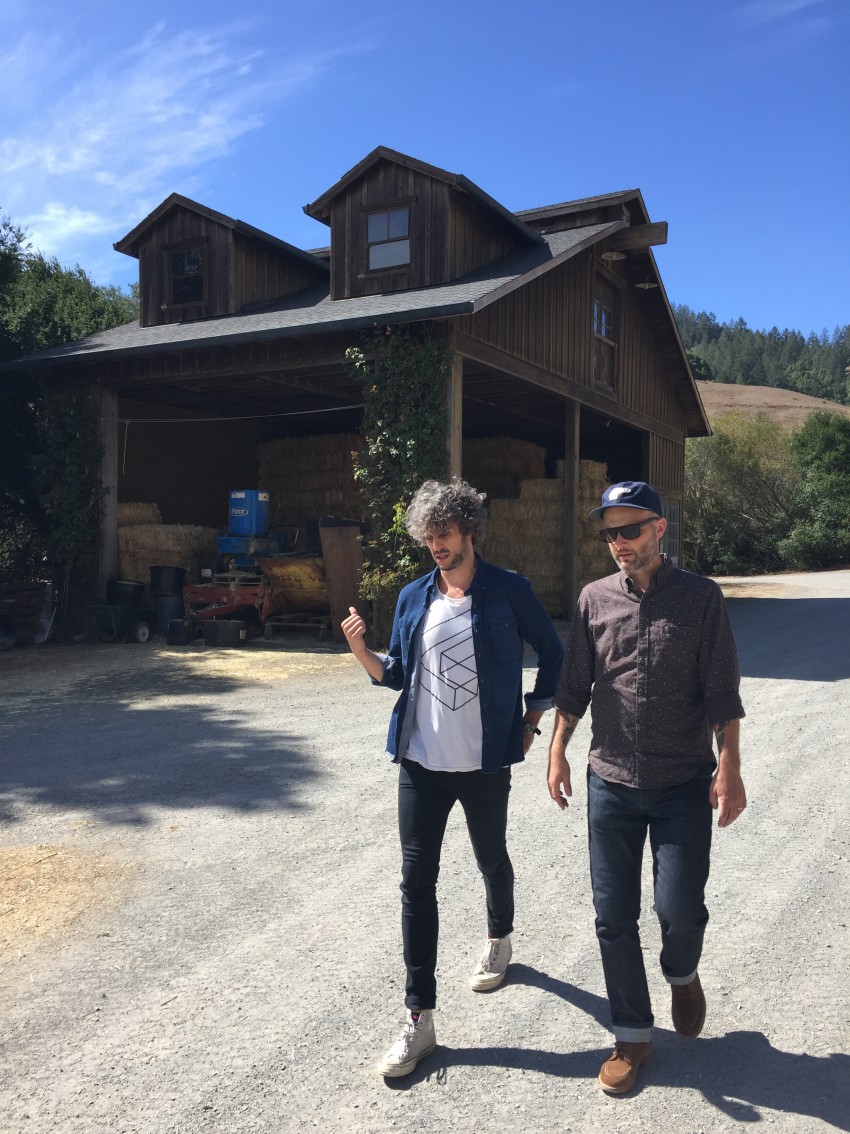 “It was fun, me just holed up in my studio,” says Rogove, of the large hundred-year old Craftsman, with original wood floors and stained glass, where he lives and works in Venice, CA. Rogove’s home studio is a low-key affair focused on the necessities.

“It’s a project studio. I don’t have an extensive gear collection. I have three really good mics, and a bunch of great instruments. It was really minimal but it ended up great.”

Director Jess Bianchi later told him he was scared the first time he saw where he was recording the score, with open windows, street traffic, barking dogs, etc., but was later amazed at how clean the sound was. 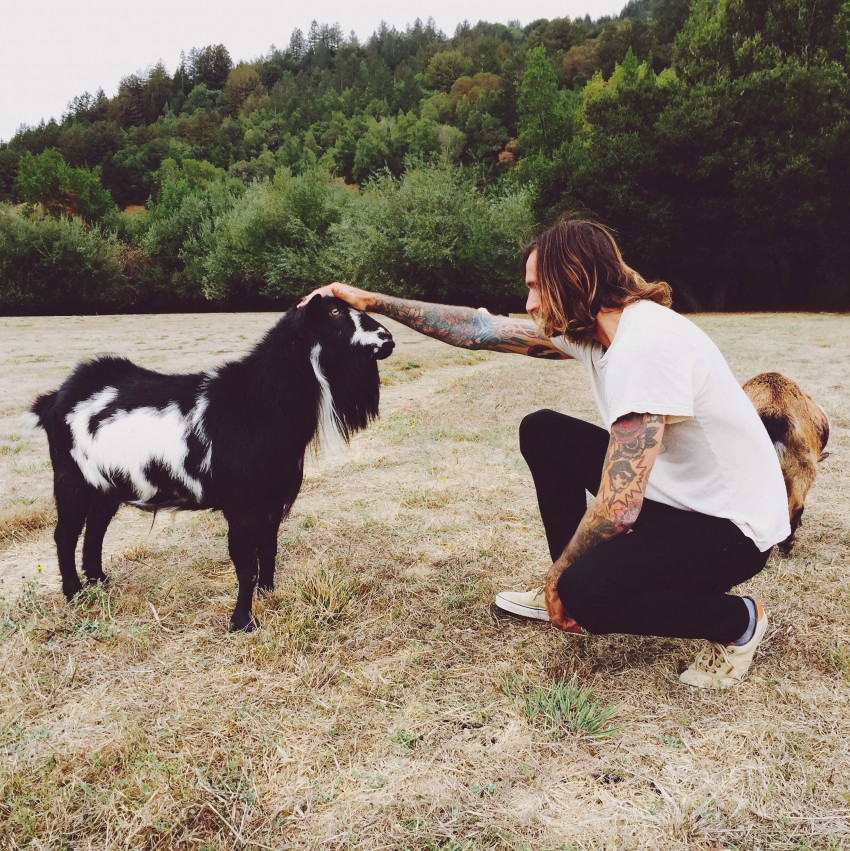 “Working there, you feel like a king,” said Rogove, “making the stuff you've been toiling over for weeks to make the film the best it can be. The visuals in Given are so incredible you want to make sure the sound and the music experience aurally matches that. Everything around us was of such high quality. Each studio is a small movie theater where the seats have been taken out and a massive mixing board is set in the middle. It was just wild, a beautiful space ship control station of sound with incredible speakers and surround sound. We got to screen it in the main theater, which was amazing. I’m dying to go back there for something else.”